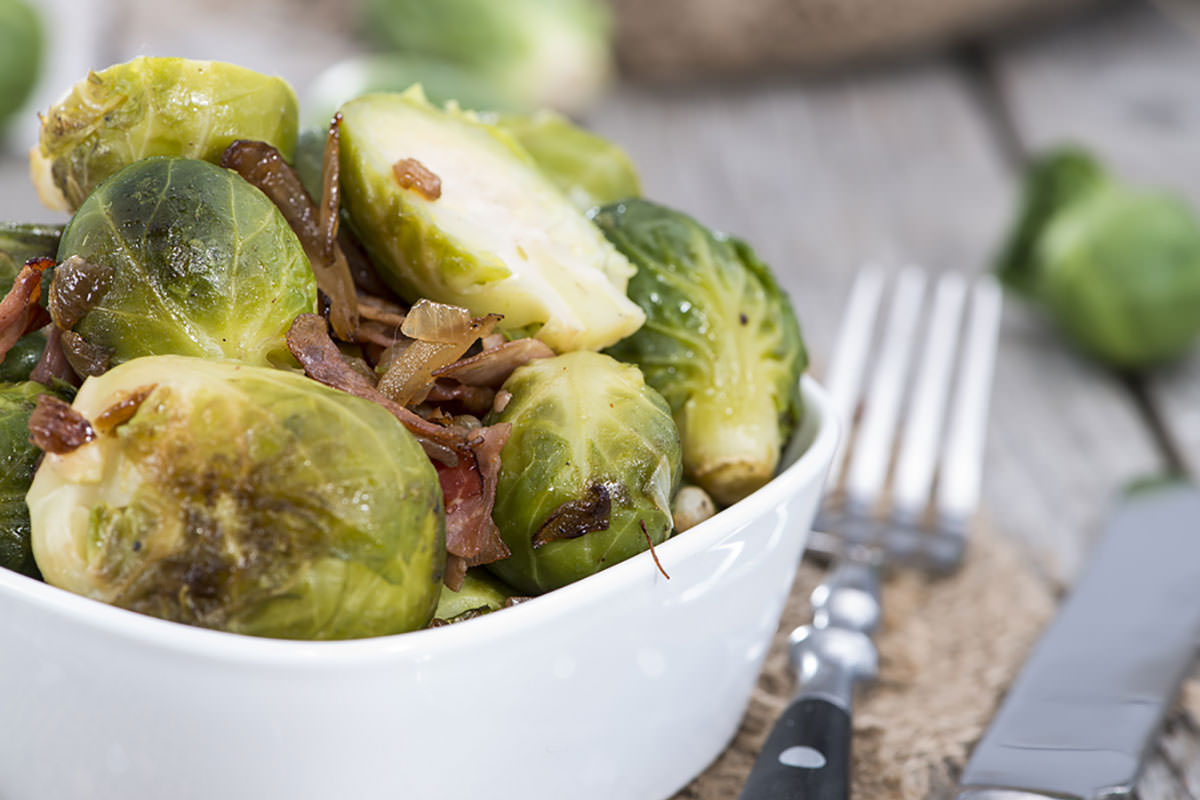 Place sprouts back into bowl and toss with toasted pine nuts, salt and pepper.
Serves 4.

BRUSSELS SPROUTS WITH BACON AND ONIONS

Cook bacon over medium heat in large pan until crisp, about 5 – 7 mins. Drain on paper towel. Crumble when cool enough to touch.

Add onion, apple and salt to the drippings in the pan. Stirring often, cook over medium heat until tender and browned, about 3 minutes. Add water, mustard and brussels sprouts. Cook, stirring often, until tender, 4 to 6 minutes. Stir in vinegar. Top with crumbled bacon.
Serves 6.