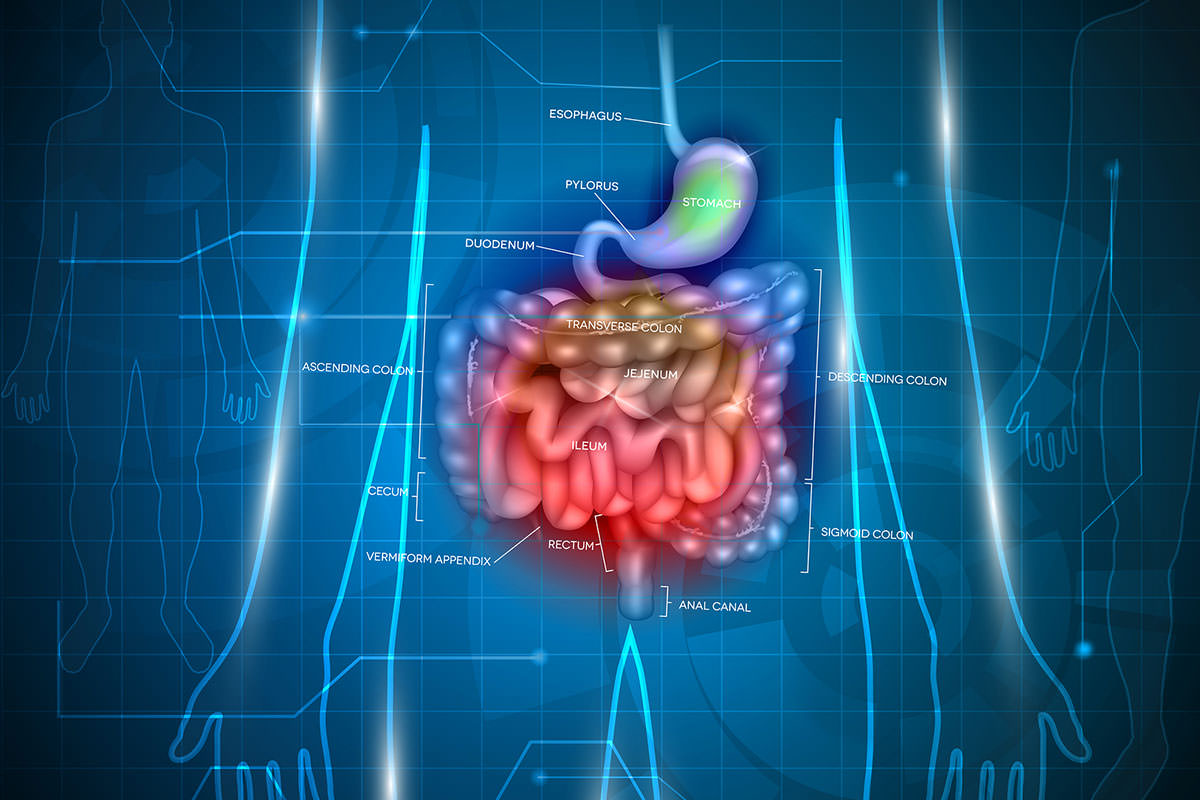 Since naturopathic physicians are committed to the prevention of chronic disease, This month is a great time to address one aspect of creating a healthy gastrointestinal (GI) environment – bacteria.

We have over 400 different types of bacteria in GI tracts and more bacterial cells than human cells in our entire body. These amazing little critters have an incredible effect on our physiology, both in our gut and in other areas of our bodies. We have a symbiotic relationship with them, we provide safe housing, and they provide a wealth of health benefits (many which have yet to be discovered). A quick review of of just some of the research available today boasts the following probiotic effects:

1. Prevention of allergies, asthma, and eczema in infants and children.

2. Treatment of diarrhea (either infectious or following certain antibiotics)

6. Prevention and treatment of vaginal and urinary tract infections

9. Prevention of dental cavities and periodontitis

12. Reduction in carcinogenic compounds found in the bowel

13. Reduction in the frequency of colds and flus

And that’s just to name a few! Studies are still flushing out the far- reaching effects of probiotics on many other physiological processes, including liver health, fat metabolism, diabetes, and obesity.

There are several different ways we can ingest probiotics on a regular basis. We can eat food from the garden (veggies from the garden have great bacteria from the soil readily available on their skins, while veggies imported from other countries may have been ‘decontaminated’ upon arrival in the US), we can eat and drink fermented foods (including yogurt, kefir, kimchi, kombucha, sauerkraut, and miso) and we can take a supplement for additional support.

We know that our flora, the blend of microorganisms in our GI tract, is greatly influenced by how we enter the world. We come into the world as sterile babies, and as we pass through our mother’s vaginal canal we are ‘seeded’ with lots of healthy bacteria to get start our own colonies started. And yes, for those of us C-Section babies, we definitely missed out on this influential process. Instead, we were ‘seeded’ with whatever we first came into physical contact with by our first physical exposures after being lifted from our mother’s womb. Often times C-Section babies carry bacteria that isn’t common in vaginally birthed children, because they are exposed to a totally different array of bacteria species during this crucial period of time (not uncommonly bacteria that can survive in sterile hospital settings).

The specific blend of flora we possess is also influenced by breast feeding, the types of food we eat, the vaccinations we receive and, the medications we’re given, if we grow up with animals, playing in the dirt or have all our toys bleached at the end of the day at our daycare. For the first three to four years of our lives, different species and strains of bugs fight it out to determine who gets to stay and thrive inside us. After the age of about 4, it’s very difficult to change the specific blend of flora present unless we’re actively ingesting a particular type of probiotic on a regular basis. A 2006 Scandinavian study revealed that taking probiotics can change the floral balance in the mouth, reducing the kind of bacteria known to cause cavities and increasing the kind of bacteria that prevent them. Once the probiotics were discontinued the floral balance returned to its original blend. Thus, this is one of a handful of supplements that is most effective when continued on a regular and long- term basis.

One caveat to probiotic supplements – not all products are created equal! This is a relative tricky supplement to manufacture, distribute and sell because it is a living organism. Care must be taken from the beginning of the manufacturing process to the very end when the product ends up in your hands. The physicians at Bambú always recommend that you buy from a trusted source that is independently tested. ConsumerLab.com recently released an independent report of 27 different brands of probiotics in which they show that some products contain as little as 7% to 58% of the bacteria listed on their label. We can’t stress enough – know your source!

(ConsumerLab charges a fee of $12.95 to access this report, but if you’re purchasing probiotics over the counter this small amount of money upfront may save you more in the long run…Click here for more information.)

Hygiene and Helminths, a Different Kind of Probiotic

So you now have a taste of some of the many different ways in which our gut bacteria affect our physiology. But exactly how do they do this? Much of the answer comes from a scientific theory called the Hygiene Hypothesis. Our bodies are intricate ecosystems, with hundreds of different types of organisms (not just bacteria, but worms, yeasts, and other parasites) that live in symbiotic relation to us. As mentioned before, we provide a safe place to live, and they provide many health benefits. Over the past several decades we have rapidly decreased our exposure to the number and variety of microorganisms that populate our bodies and live in our immediate environment (with antibiotics, disinfectants, shoes, clean drinking water, vaccinations, sewers). The Hygiene Hypothesis says that we have not had time to genetically adapt to this rapid alteration of both our internal and external environments, and the consequence is the rise of autoimmune diseases and immunological disorders like allergies, asthma, Crohn’s disease, ulcerative colitis, multiple sclerosis, and type I diabetes. We see as evidence of this that developing countries do not have the level of sanitation and sterilization as developed countries, and also have very low statistics of the above mentioned diseases.

One of the benefits of having certain microorganisms living in our gut is that they gently turn down our immune response (not off, just down) in order to preserve themselves. In their absence, we rapidly alter this important regulatory process for the immune system suffers. Think of the bugs like immune system managers – when we take the manager out of the picture the immune system can get too excited, too active, and react against harmless things that shouldn’t be seen as dangerous (like pollen or our own tissues). While we’ve done a good job at decreasing devastating diseases and epidemics worldwide by improving sanitation, we may, in certain instances, have too quickly gone too far – altering our own ability to adapt and adjust.

Case in point: The following story was reported by Radiolab (a New York Public Radio program) in their Parasites episode on 9/7/2009.

Jasper Lawrence grew up with allergies. Itchy, snotty, highly reactive – on bad days his eyes would swell shut from the inflammation. In his late 20’s he developed a barking cough, and was diagnosed with asthma that very quickly got worse and worse. He used several emergency inhalers, was hospitalized a couple of times a year, and described himself as looking terrible with dark circles under his eyes, pale waxy skin, and a sickly allergic look.

Jasper continued to battle his allergies and learned to deal, like many, with the seasonal onslaught of symptoms. After years of suffering, his aunt mentioned a BBC documentary on parasites and their connection to asthma, allergies, and multiple sclerosis. Intrigued, he began to research, and found one study after the next that reported that in the developing world, people don’t have nearly the rates of asthma or allergies as in developed countries. Much of his research pointed to the hookworm: people with hookworm infection are 50% less likely to have asthma.

Desperate for change, Jasper flew to Cameroon, Africa, where hookworm infection is quite common. He creatively infected himself by trudging through piles of poop (Radiolab does much better service to this story than we can here – we highly suggest you listen!). Since returning home he’s never had another asthma attack and no longer has allergies. He maintains a low-level hookworm infection and is an outspoken leader in the field of helminth therapy (or worm therapy) for the treatment of immune related disorders.

We share this story with you not because we advocate the use of hookworm as a treatment (…yet) but because it’s a great illustration of the complex environment that thrives inside us. The precious relationship we have with our microorganisms (probiotics and all) is imperative not only for our health, but for our very existence – we can’t survive without them. So grow some veggies in your garden, play in the dirt, eat fermented foods, take some quality probiotics, and worry just a little bit less about whipping out the Lysol at home. And, since you’re doing so much good for your colon and your health, make sure if you’re between 50 and 75 to get routine colonoscopies!

We hope you found this information helpful. We strive to help our patients find a healthy way in the world. If you have topics you’d like us to address in future issues please let us know. We are always available for questions and comments.

The Physicians of Bambú Clinic